Click on the image to see image in full view.
Site owners may have made their own changes since the original design. Screenshots reflect how the website looked upon delivery.

Luke Richards is a TV and film composer who was looking for a minimalist website that included his biography, credits, news page and music.

It was important for Luke to showcase his time spent in the studio so we highlighted key photos as background images for several of his pages where the text was had a transparent overlay to not distract from the photos. 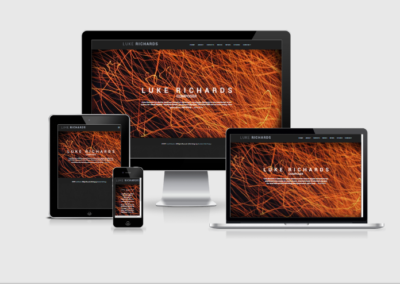 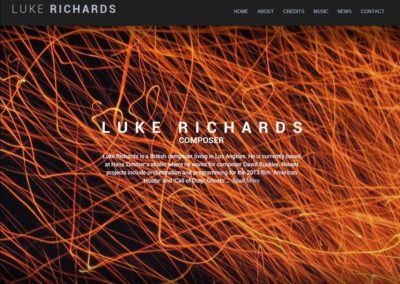 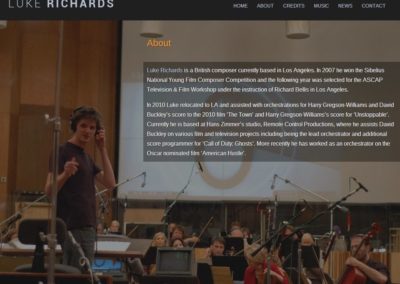 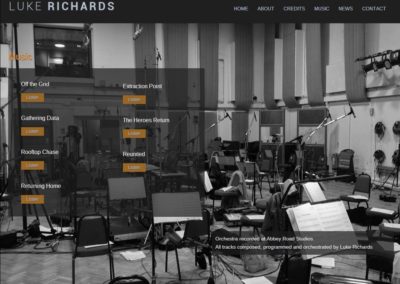 Luke Richards is a British composer based in London and Los Angeles. Recently he has contributed to the scores for Jason Bourne, the Oscar nominated film American Hustle, the TV show The Good Wife and the best-selling video game series, Call of Duty.

Luke has also kept busy with solo projects both in the US and UK. In 2011 he composed an electronica score to the acclaimed British independent science fiction film Departure and more recently provided the score to Sundae, which won Best of Canada at the Toronto International Short Film Festival. In 2014 his music for Remembering the Fallen won Best Original Score at the Los Angeles Movie Awards. Most recently in 2015 Luke scored the feature film The Gettysburg Address starring Matthew Broderick, Oscar nominated actor David Strathairn and Michael C. Hall. His music has been performed by both the Hollywood Studio Symphony and English Session Orchestras.